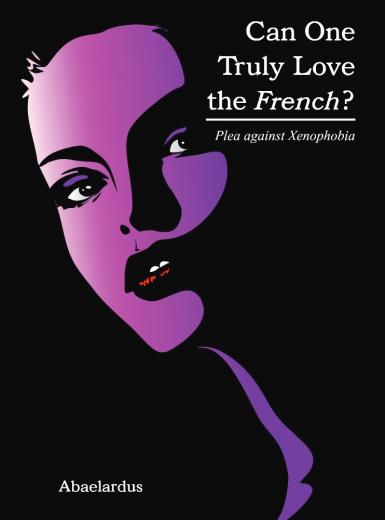 Can one truly love the french - plea for xenophilia

Due to differing views on substance regulations, 1996 was a year of relative tension between France and the Netherlands. Then Dutch Minister of Transport, Mrs. Annemarie Jorritsma-Lebbink, thought it witty to declare, while in office: “France is a nice country. It’s a pity the French live in it.” Another famous quote of hers concerns French President Jacques Chirac’s being an “old creepy guy” (“engerd”). Being Dutch himself, Abaelardus feels he has to compensate, penitent in sack cloth and ashes, for her ladyship’s consciously offensive remarks. Instead of doing so in the shallow context of the Franco-Dutch political relationship, he sheds a broader light on these diplomatic incidents, and advocates, nay urges, for the civic virtue of xenophilia in general.

Abaelardus considers himself a patriot, xenophile, and ‘chauvinophobe’. The latter term is a neologism, too. It is taken from the name of a French soldier, Nicolas Chauvin. Badly wounded in the Napoleonic Wars, he had to live on a pension which did not even allow him to feed his dog. In spite of Napoleon’s unpopularity during the Bourbon Restoration of France, Chauvin remained a fanatical Bonapartist. His single-minded blind devotion to Napoleon’s cause, despite neglect by his own and harassment by his enemies, coined the word Chauvinism.
Hence, Abaelardus professes to love his own country (as a patriot), other people’s countries (as a xenophile), while resisting blindness with respect to the misdoings of one’s own country (as a chauvinophobe). Now the reader might think, no surprise here, every patriot likes to think of himself that way. So where do reader and author differ?
They differ in the exact location of the boundary between patriotism and blindness. Abaelardus hopes that, whatever one’s nationality, the reader of this booklet considers the arguments presented here as an invitation to doubt the canonical version of one’s own history. That is the gist of it: the vast majority of patriots, all over the world, eagerly believe all the nice stories their fellow countrymen write about their own history. They usually do not question these nice stories. Yet, common sense, which is a quite scarce product on the market of ideas, commands that one believe only nice stories about one’s own history when they issue from the pen of a foreign historian.
This booklet is explicitly not meant for a French readership. The idea is that non–French readers might be more willing to accept the ugliness of French Chauvinist would-be stories. Once accepted, Abaelardus hopes the reader has the integrity to consider that, just as the French have their would-be stories, so have all of us.
Abaelardus spent quite some time in France. There he experienced a sort of timidity among the French people, rather than their oft condemned boasting condescendence towards foreigners. Initially, he was perplexed. He gave the issue deep thought. The timid behavior of the French seemed to proceed from the following syllogism:
•France is the nicest place in the world;
•France is always in deep crisis; ergo,
•we French must have messed up seriously.
In a few pathological cases, this timidity takes the form of an inferiority complex. Whether inferiority or mere timidity, these feelings may point to hidden pride. As a general rule, the more humiliating a people’s historical record, the more irrational the average feelings of nationalism that historical record arouses.
Not believing the fancy tales of one’s own history is but a first step towards xenophilia. A second step consists in understanding that collective feelings of humiliation, due to hurt national pride, drives people to identify with an historical hero, whatever his or her objective merits. The third and last step in achieving full xenophilia, with respect to a foreign country one may dislike in first instance, is to love its patriotism for its objective historical merits, and in spite of the abundance of nationalists.

Born 1964, the author graduated 1992 on the electronic structure of molecular hydrogen. He gathered research experience on atomic physics, surface chemistry, cellular biology, applied mathematics (special functions), and nanotechnology. He spent most of his academic career teaching physics, chemistry, biology, and mathematics, at several European and American universities. Presently, he focuses on history and politics, philosophy and theology. In contrast to the appearances, this shift in interests is not at all a fundamental one. The author is convinced that the four mentioned academic disciplines are in dire need of quantitative substantiation.