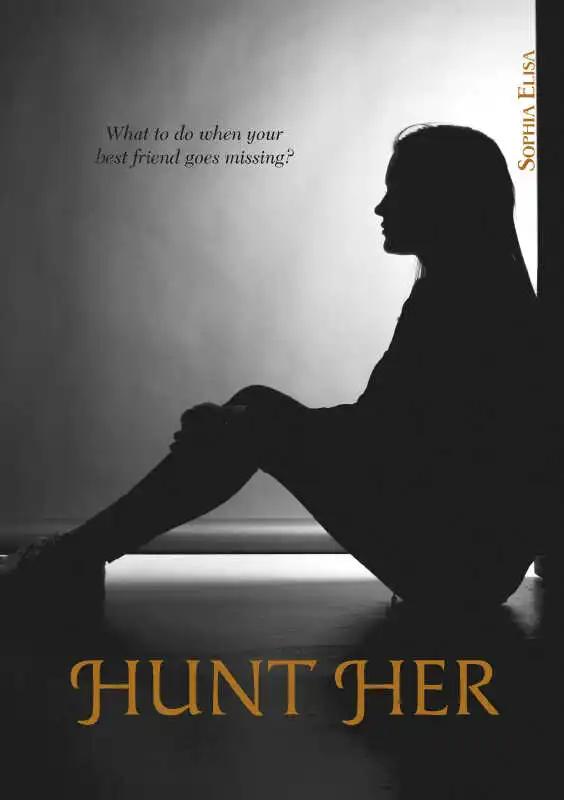 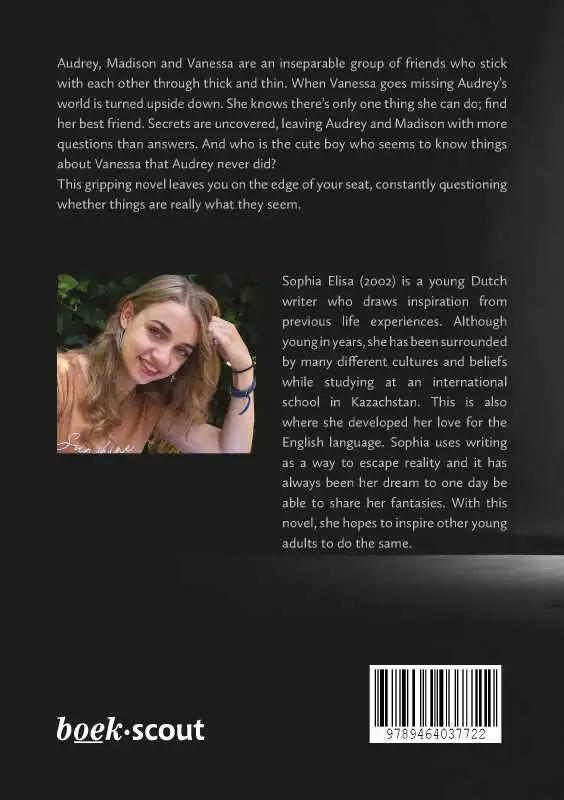 Hunt Her - What to do when your best friend goes missing?

Audrey, Madison and Vanessa are an inseparable group of friends who stick with each other through thick and thin. When Vanessa goes missing Audrey's world is turned upside down. She knows there's only one thing she can do; find her best friend. Secrets are uncovered leaving Audrey and Madison with more questions than answers. And who is the cute boy who seems to know things about Vanessa that Audrey never did?
This gripping novel leaves you on the edge of your seat, constantly questioning whether things are really what they seem.

“When did you see Vanessa last?”
“The day before she went missing.”
“Did Vanessa seem like herself when you saw her last?”
“Tired, but it had been a busy week at school with a lot of tests. We were all tired. Other than that, I didn’t notice anything different.”
Audrey had asked herself these same questions when she thought back to Vanessa, repeating them over and over in her head, so the answers come out quickly, almost as if rehearsed.
“What did you guys talk about?”
“School, boys, Justin; Madison’s boyfriend, anything that was on our minds really.”
“Did you guys get into an argument?” This question leaves Audrey flustered for a moment.
“What’s that supposed to mean?” Audrey asks angrily.
“It’s just a question.” Detective Swan looks at her with a fake smile plastered on her face, but in her eyes, you can tell she’s enjoying this.
“No, we did not have an argument,” Audrey says bitterly.
“I see.” Swan jots something down in her notebook and leans forward intimidatingly. “Do you have any idea where Vanessa could be?” To anyone else this would be a simple question, but Audrey hears the accusatory tone in her voice.
Audrey leans forward as well so their faces are close together. “If I knew where V was, I wouldn’t be here right now. I’d be bringing her home.” She whispers, angrily trying to keep herself from assaulting a police officer.

Sophia Elisa (2002) is a young Dutch writer who draws inspiration from previous life experiences. Although young in years, she has been surrounded by many different cultures and beliefs while studying at an international school in Kazachstan. This is also where she developed her love for the English language. Sophia uses writing as a way to escape reality and it has always been her dream to one day be able to share her fantasies. With this novel, she hopes to inspire other young adults to do the same.