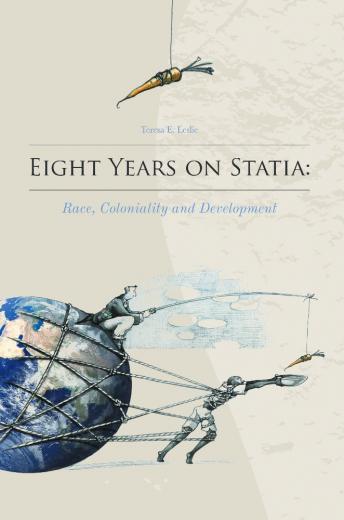 Eight Years on Statia investigates the continuing colonial relationship between the special municipality of Sint Eustatius and the Netherlands.  The book discusses how race, while subtle and insidious, is a pervasive part of society which directly influences the island’s development. The book is based on eight years of fieldwork and written by an African American woman with family roots on the island. While the book is about the author’s anthopologically informed interpretation of the island’s historical and social structures, it also discusses how the island is a microcosm of the globalized world and, in effect, the island’s challenges of equity and equality represent challenges of modern globalization.

In 2012, I left the United States to live on a small Dutch Caribbean island called Sint Eustatius. I like to think I moved to Sint Eustatius to work and pursue a career in an international context. However, in retrospect, I think it was more than this. I am trained as an anthropologist, however, to that point, I had not really spent any time living abroad. But more specifically there was something else that I was interested in knowing. This included what it would be like to live in a region of the world where people of African descent were not the minority. Would it be different to my experience in the United States? If so, how different would it be? Furthermore, I sought to understand if and how race and identity operate within a Dutch Caribbean context. With this intention, from the time I first visited the island in 2009 to the time I left the island in 2019, I witnessed a national transition of status change and a complete government takeover in the form of a peaceful coup. Throughout this process, and to my dismay, during the eight years I lived on Sint Eustatius, I learned that race was a subtle but pervasive part of society there that has, and continues to have, a major impact on the island’s development.

Teresa E. Leslie is an anthropologist who holds a Bachelor’s degree from Howard University, an MA from University of South Carolina-Columbia, and a PhD from the University of Massachusetts Amherst. She attributes her educational success to her family’s deep and historical belief in education for self and community improvement. After living and working on the Dutch Caribbean island of Sint Eustatius for eight years, Teresa recently returned to the United States and currently lives in Baltimore, Maryland.