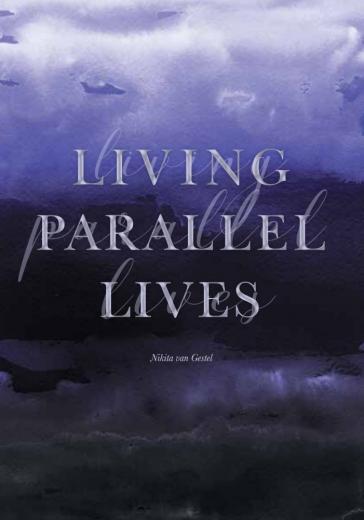 When Nia starts at a new school and meets Ryan she doesn’t know what’s happening to her. Not once in her life has she felt these extreme insecurities and emotions. As she tries to focus on her schoolwork and not the guy that starts consuming her thoughts she realizes that some things are not in her control. When you know what it means to have a crush on someone, having a crush can be handled appropriately. When you don’t, a crush can take a dark turn. In this story about two characters losing each other, failing each other and finding each other you get to know them as they get to know themselves.

“From the moment I met you I knew, I just knew, that you were going to be important to me. I already knew that I wanted you.” His words.
I didn’t know that he was going to be important to me. I had a feeling, yes. A hunch. But I had never had the guts to linger on that thought for longer than three seconds, because who was I thinking that a guy like him would ever really see me? And with ‘a guy like him’ I mean, an intelligent, handsome, athletic, hilarious guy with probably no interest in girls like myself. I always hoped, deep down in my gut. I always kept the thought of him maybe, just maybe, catching a glimpse of me that first day safely in the back of my mind. That he would see in me what I see in myself today. Back then I could not look at myself in the mirror and name something that I loved about myself other than my eyes. Everyone likes their eyes. You can’t really go wrong with eyes. I didn’t think of myself as ugly, but what is worse than finding yourself ugly, is finding yourself just not pretty enough. Not as pretty as her. Never as beautiful as them.
So to have the audacity to let hope enter my brain, was already very risky itself. I had a hard exterior, but I was so fragile. I was always balancing on the edge of a cliff. My instability led me to searching for anything that would make me feel anything. I was the amount of fragile that my emotions would become neutralized and I would have days where I would not feel anything at all. Then on other days I would feel everything at once and I would crack like an egg. Me allowing myself to absorb that thought of having a chance with you was one step closer to an upcoming heartbreak I was completely blind to.

Nikita van Gestel has lived in a small town in the South of The Netherlands with her mom, dad and brother for all of her life. She was born on June 21st in 2001 and has been writing stories and books ever since she knew enough words to create sentences. At the age of 11 she published her first book in Dutch. Writing this novel has changed her perspective on her life.