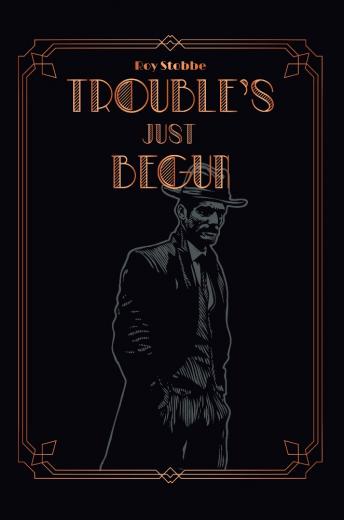 Chicago, 1930. The reign of Al Capone is coming to an end, but the city remains burdened by organized crime and the financial crisis. Mr. Wood, born and raised in the south side of the city has escaped his life in poverty and found himself a job, he’s safe, he thinks. But he too can lose his job, sending him to one of the cities hidden bars, drinking his sorrows away. How fast can he find another job, and will his old co-workers be as fortunate as him? Will he be able to keep standing tall and proud, and be a good man in a city on the edge of darkness? Or will he too succumb to the temptations of organised crime?

I didn’t know why I decided to be the robber now, instead of the robbed. But I knew I needed money, soon, and I didn’t want to let these guys go without a sort of punishment. I focused on the eyes of the alpha male, whose eyes were following the droplets of blood that slowly fell to the floor. I felt the adrenaline in my body, a warm feeling of power em-bracing me on the cold and windy street.
I grew restless, like a little boy waiting on his Christmas present, eagerly awaiting what Santa had brought him. I was hoping for a bottle of scotch, but money to buy scotch with was just as welcome. The only thing I didn’t want to do was to create an opportunity for them to repeat what I just did. To show my impatience I raised the gun higher while taking a step back. They must’ve been looking straight down the barrel of the gun they knew was loaded.
“Wallets on the floor, if you please.”
I repeated myself, as they seconds crawled by, seemingly lasting for an eternity as adrenaline slowly ebbed away. Leaving me to feel the chill of the wind again and losing faith in this situation. It seemed like a good idea, mere minutes ago.
The element of surprise was mine when I took the gun, but they out-numbered me. I could fire a shot before they got to me, maybe two. But this was their turf, their home. Maybe they had friends. But I knew this area, I heard the stories. If there were friends of theirs around, they would have joined in already.

Roy Stobbe, born in 1994 and raised in the Netherlands has always been busy creating things, especially of interest were drawing and writing. For the longest time, writing and publishing a book was the end goal, something to work towards. It started, like many ideas and projects, as something small, growing bigger and bigger until it became this grand story, ready to be shared with the world. Now, five years or writing later, having drunk hundreds of cups of coffee and suffering through a few long nights, the story has been written. A story of his own taking place in a detailed world, referencing pop culture and historical figures.