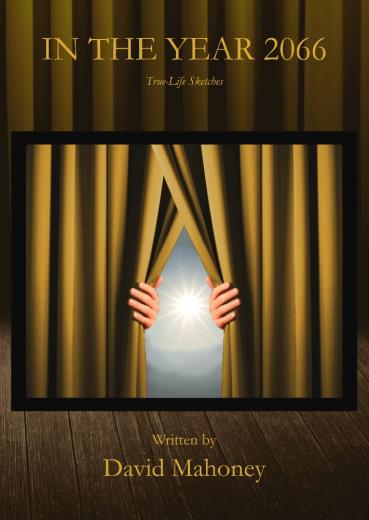 It is the unique combination of poetry and prose that breathes life into these twenty-four short stories and essays. David Mahoney is an observer who invites readers to examine their own feelings and convictions. His use of humour, poignancy and irony creates the effect of not knowing what hit you, until it's too late.

Despite all her preparation work and self-reflection her lessons were quite often chaotic. The pupils weren’t inclined to listen. On the other hand they never reacted to her personally as they were wont to do with other teachers. They just couldn’t be bothered wasting their precious hours at school by learning English. Listening to how they spoke to each other, Alice couldn’t help believing that her lessons would actually be very useful to their development. Away from Newcastle they would be unable to have a conversation of any profound length of time. Her worst hours were teaching year 10. One could feel the hormones raging through the classroom and every time they opened their mouths, which was incessantly, the only subject they were capable of talking about was various parts of the anatomy and their respective mechanical possibilities. Her attempt to instill in them a certain maturity by using all her didactic powers and trying to be a role model was doomed to failure. Two closely related events finally led to her downfall, her ultimate dismissal and the last push over the edge of insanity. The first was a heavy blow even though it only resulted in a mild reprimand. On the curriculum for year 10, Shakespeare and poetry were an important part of the syllabus. When discussing the Renaissance she happened to mention in passing that the rose was in fact a symbolism of the female sexual organ citing certain passages from Shakespeare’s plays. Unfortunately one of her pupils was called Rose who for the next weeks was tormented by all the boys in the class calling her “fanny” whenever she walked by. Rose’s parents wrote a letter of complaint which resulted in the Principal reprimanding her.

David Mahoney (1954) was born in Wednesbury in The West Midlands. When he was 19 he went to India for a year where he worked as a volunteer in a Welfare Centre. It was here that he met a Dutch nurse. After travelling back to Europe overland they finally settled in Holland where David trained to become an English teacher. After teacher training he went on to do a degree course at, what is now known, as The University of Applied Sciences in Amsterdam. He recently retired from teaching after 35 years in full-time education. His love of English literature started him on his own literary career, first writing poetry and essays and finally short stories. He and his partner live in a small town in the North of Holland.