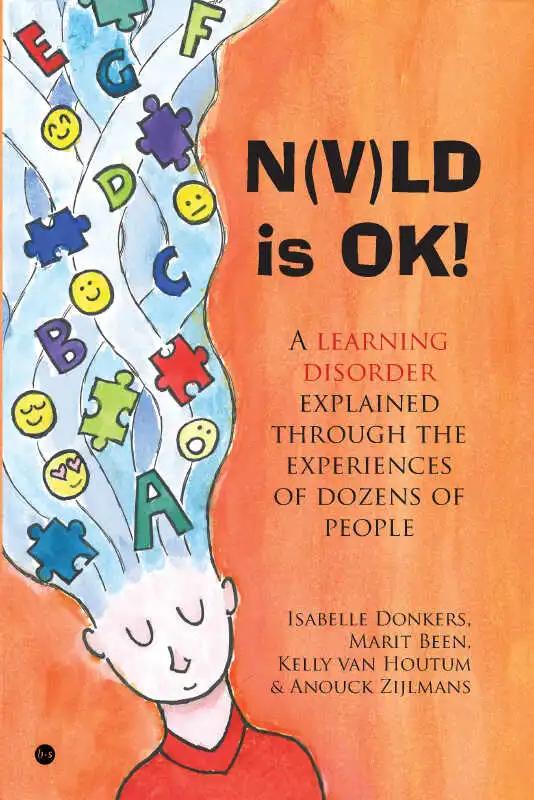 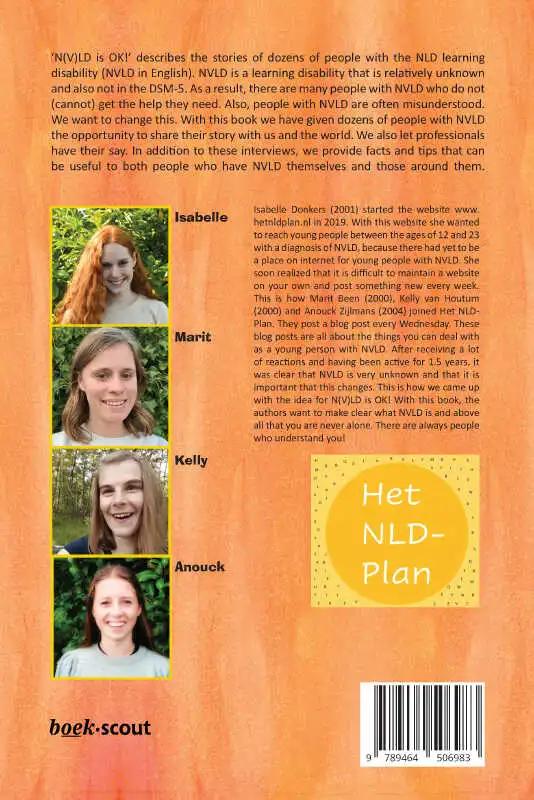 N(V)LD is OK! - A learning disorder explained through the experiences of dozens of people

'N(V)LD is OK!' describes the stories of dozens of people with the NLD learning disability (NVLD in English). NVLD is a learning disability that is relatively unknown and also not in the DSM-5. As a result, there are many people with NVLD who do not (cannot) get the help they need. Also, people with NVLD are often misunderstood. We want to change this. With this book we have given dozens of people with NVLD the opportunity to share their story with us and the world. We also let professionals have their say. In addition to these interviews, we provide facts and tips that can be useful to both people who have NVLD themselves and those around them.

You are very good at language, you have verbal skills, you have a good memory, an excellent eye for detail, and you are a real go-getter. But what people cannot see on the outside is that there is a process going on inside your brain than is completely different for most people. In general, the left and right cerebral hemisphere work well together. But in your head, it is different. The left half works a lot better than the right. You can participate in most things with most other people, but sometimes it takes a lot more time to learn those things. In the 1970s, Bryan Rourke, a psychologist specialized in neuropsychology, discovered why you have more difficulty learning new skills, have more difficulty reading facial expressions, are more clumsy than other people and have difficulty with, among other things, arithmetic. He called this NLD (Rourke, n.d.). Non Verbal Learning Disorder or Non Verbal Learning Disabilities. Also called NVLD in English (Frye and Karanzalis, n.d.). Now, in the 21st century, there is still a lot of uncertainty about NVLD. Although the diagnosis is already about 50 years old, it is still a “young” diagnosis. Because of this, we still don’t know much about it. NVLD is also not included in the DSM-5; the diagnostic and statistical manual containing all mental disorders (Balans Digitaal, n.d.). But still, there are a lot of people with NVLD. These people seek recognition and understanding. Because so many people do not know the diagnosis, it is very difficult for them to find help and support. In this book we do not only focus on young people, but on everyone from the age of 0 to 65 in this case.

Isabelle Donkers (2001) started the website www.hetnldplan.nl in 2019. With this website she wanted to reach young people between the ages of 12 and 23 with a diagnosis of NVLD, because there had yet to be a place on internet for young people with NVLD. She soon realized that it is difficult to maintain a website on your own and post something new every week. This is how Marit Been (2000), Kelly van Houtum (2000) and Anouck Zijlmans (2004) joined Het NLD-Plan. They post a blog post every Wednesday. These blog posts are all about the things you can deal with as a young person with NVLD. After receiving a lot of reactions and having been active for 1.5 years, it was clear that NVLD is very unknown and that it is important that this changes. This is how we came up with the idea for N(V)LD is OK! With this book, the authors want to make clear what NVLD is and above all that you are never alone. There are always people who understand you!