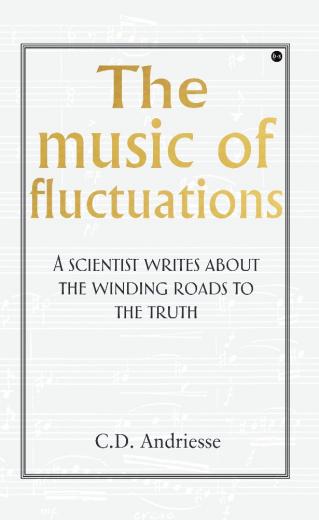 This is a history about physical research, but students in the humanities may find it interesting as well. Despite the strong emotion music can evoke, and the many pieces for string instruments and piano written in his youth, the author chose to become a scientist. Being lucky with his findings, he however left science when he was fifty. People with an own agenda, hiding behind science, showed that personal interests count more than physical phenomena. After his proof that the mass loss of stars is caused by fluctuations, he found that it was Huygens, not Newton, who had shown that force is linked to acceleration, not velocity. These discoveries take sizeable parts of chapters 5 and 8, while other phenomena are discussed as well, for instance radioactivity in rain from Russia after explosions in a nuclear reactor. His risky arguments with politicians, original ordering of texts, and exquisite play with history and literature give glimpses of the author’s soul.

Not expecting that it would be for long, I stayed there many, many years. For sure, Delft had impressive laboratories and even more impressive lecture halls for the advancement of the technical sciences, but that’s not a reason to linger on. When I came there, it felt as if I was thrown in a tank with ice-cold water. Language – flowery language in particular – was forbidden, the motto being: measure and count. But isn’t it true that one will only get a good crystal if its melt has been cooled quite slowly, so that all atoms have ample time to find their orderly place? So, a human being has to grow slowly from his constituents, to give him a harmonious life without stress. When cooled too quickly, he will have stacking faults, brittleness and instability. So, I had become an instable glassy thrombus instead of a stable crystalline Cees.

True, it had been my own decision to follow in the footsteps of my father, but the prize of living between number crunchers wasn’t foreseen. After the first year, in which I still followed courses and properly did exams in physics and mathematics, I became depressed. Had it really been my own decision?

Why did I go so often to the piano in the attic of the Student Society, of which I had become member because of its cheap meals? Why didn’t I answer Fokke, an older student I knew who was supervising a written test and saw me staring out of the window – pencil down. And why did I detest cooking distilled water in an electrically heated Pyrex-tube, using a semiconductor in a Wheatstone bridge for the measurement of its temperature?

C.D. Andriesse (1939) was professor at Utrecht University and is writer of novels and historical works. As physicist, he was pioneering and controversial, never afraid to give his opinion in public.

Photo of the author: Ilja Keizer