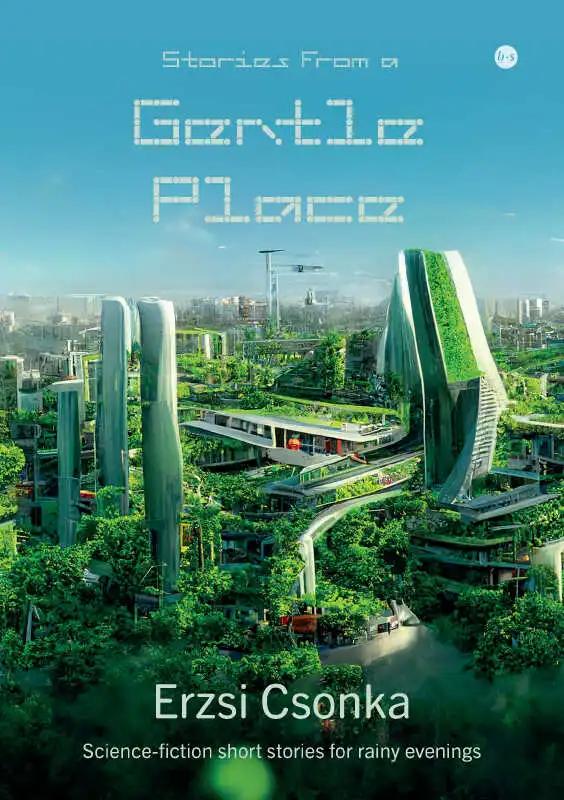 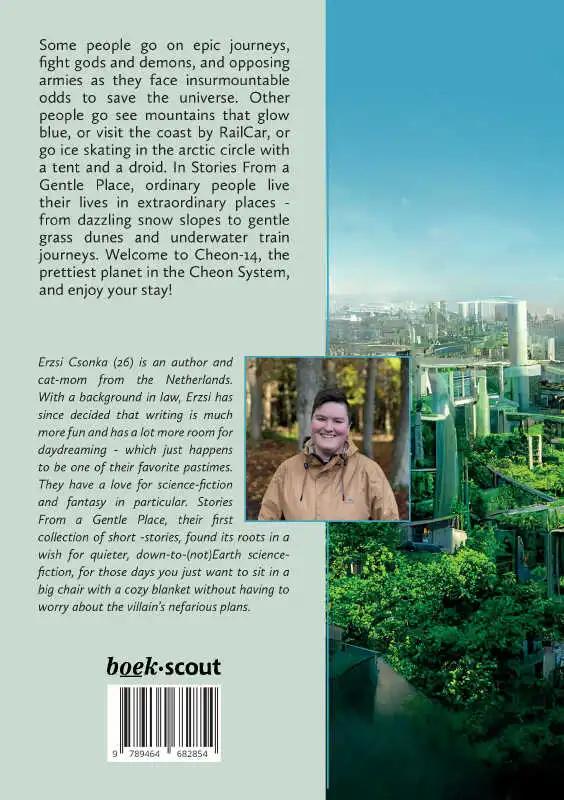 Some people go on epic journeys, fight gods and demons, and opposing armies as they face insurmountable odds to save the universe. Other people go see mountains that glow blue, or visit the coast by RailCar, or go ice skating in the arctic circle with a tent and a droid. In Stories From a Gentle Place, ordinary people live their lives in extraordinary places - from dazzling snow slopes to gentle grass dunes and underwater train journeys. Welcome to Cheon-14, the prettiest planet in the Cheon System, and enjoy your stay!

Sandra stepped out of the cabin, bundled up thick, head rolled back to look at the sky above her as the aurora winged across the night sky, shimmering greens and purples and pinks swimming into life against a field of stars as wide as the world. And when she looked down, the ice underneath her feet reflected not only the light of the sky but emitted its own as well. There, under the ice, the krill native to the lava fields lit up in all its bioluminescent glory, glittering waves of blue and red rippling through the water as the light of the aurora encouraged the krill to show off its finest colors. The shadow of a fish as big as the one she’d seen earlier that day passed under her, waves of glowing krill pushed aside, swirling in the water under the ice. More followed, one after the other to feed on the feast presented to them, and Sandra was too mesmerized to even grab her camera. That was okay, though. She was here all night. And tomorrow night. And the night after. She had time. Three nights at the lava fields, to watch the light of the aurora overhead, the shimmer of the krill underneath the ice. Washing over her from the sky, radiating up from underneath her very feet, illuminating the world around her until everything she saw was color and the shine of the ice, the glitter of freshly fallen snow.

Erzsi Csonka (26) is an author and cat-mom from the Netherlands. With a background in law, Erzsi has since decided that writing is much more fun and has a lot more room for daydreaming - which just happens to be one of their favorite pastimes. They have a love for science-fiction and fantasy in particular. Stories From a Gentle Place, their first collection of short stories, found its roots in a wish for quieter, down-to-(not)Earth science-fiction, for those days you just want to sit in a big chair with a cozy blanket without having to worry about the villain's nefarious plans.