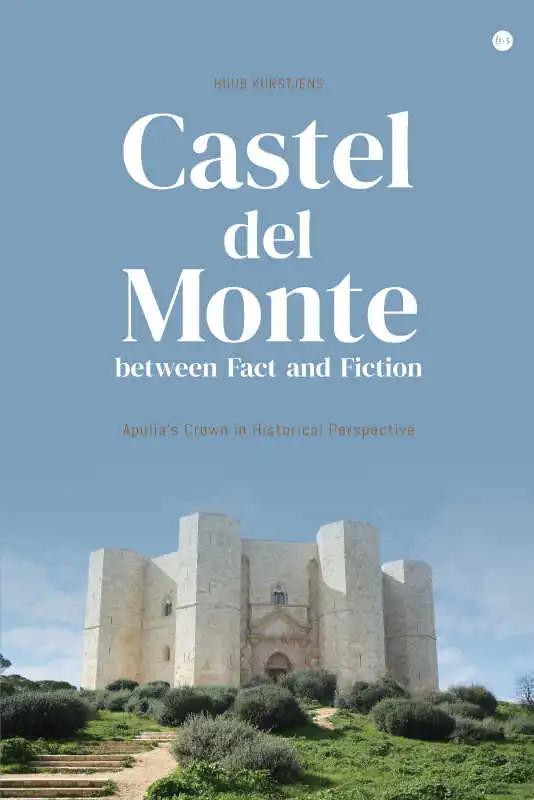 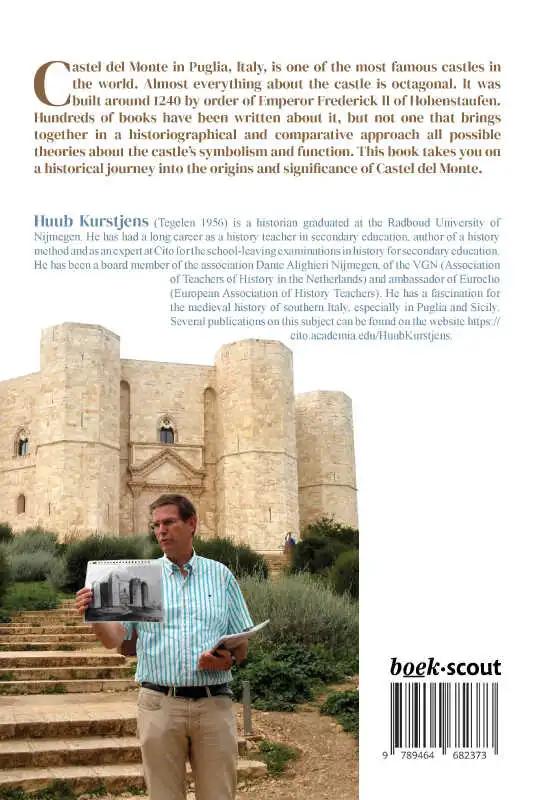 Castel del Monte in Puglia, Italy, is one of the most famous castles in the world. Almost everything about the castle is octagonal. It was built around 1240 by order of Emperor Frederick II of Hohenstaufen. Hundreds of books have been written about it, but not one that brings together in a historiographical and comparative approach all possible theories about the castle's symbolism and function. This book takes you on a historical journey into the origins and significance of Castel del Monte.

Over time, there have been hundreds of books about Castel del Monte, each with its own specific approach and intent. Many questions have been posited, like when it was built, why it had to be octagonal, why it was built where it is, if it is in fact a castle, and what its potential uses could have been. The answers and explanations are diverse and range wide apart, are often speculative in nature, based on sensation and little or no theoretic underpinning. Fantasy and mythification have set the image, but what is the underlying reality? Can that reality still be found? The historian’s hindsight-approach gives us two completely different temporal perspectives. One sees the building as a modernity with mystical and esoteric elements, the other views it as a variable on an old, classic theme, fitting within the common image of the Middle Ages. Apparently Castel del Monte holds two different temporal dimensions. It is the embodiment of the synchronicity of the non-synchronous. This doesn’t just make the building interesting as a historical building, but it also appeals to the imagination of the people that came after Frederick II, then and now. It still evokes lots of discussion and emotion, joined by – or at least akin to – historical sensation.

Huub Kurstjens (Tegelen 1956) is a historian graduated at the Radboud University of Nijmegen. He has had a long career as a history teacher in secondary education, author of a history method and as an expert at Cito for the school-leaving examinations in history for secondary education. He has been a board member of the association Dante Alighieri Nijmegen, of the VGN (Association of Teachers of History in the Netherlands) and ambassador of Euroclio (European Association of History Teachers). He has a fascination for the medieval history of southern Italy, especially in Puglia and Sicily. Several publications on this subject can be found on the website https://cito.academia.edu/HuubKurstjens.