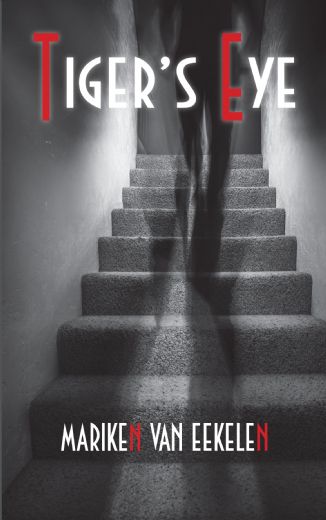 Matt has a nest of angry hornets inside his head – at least that’s what his telepathic gift feels like. When the police inspector-turned-private investigator follows a lead in the search for a missing husband he does a gruesome find. His successor in the Supernatural Police Unit, Emily, is sent to the scene. They strike an unlikely partnership; troubled Matt needs her help and stubborn Emily receives little to no support from her new colleagues. Together they unravel the mysteries, until they find absolute horror in an abandoned hospital and are forced to share what they have in common to survive.

"What are you doing?" Emily yelled through the door, and the door moved and rattled in its hinges when she yanked at it. With the kind of outfit she was wearing there was no way she was able to follow him up over the wall.
Matt ignored her, too preoccupied with following where the hornets told him to go. He heard her, but didn’t register what she was saying. On the other side of the wall that protected the gardens was nothing, a bit of land with overgrown grass and a dirty, smelly ditch separating the back of this street from the next row of houses on the other side. Matt looked around and spotted a trail of flattened grass, almost completely hidden in the taller blades. His heart started pounding and he followed it into the shrubs and brambles along the ditch.
He held his breath as he pushed the twigs and branches of the shrubs aside. Their thorns scratched at his hands, but he kept going. He didn’t even notice any pain, not even because his hands were numb from the cold rain, but because what he had been looking for became clearer. He sensed it, but then he also saw it. Covered by the shrubs was a bin liner, and from the looks of it, it was full. This time he resisted the urge to be impulsive and open it, his fingerprints were already all over this case and it was enough. And besides, he didn’t even need to see the contents to know what they were. "Emily, I found something..."

"I was born in Rotterdam and wrote my first book when I was eight. Ever since I’ve always been writing, short stories, novels, and I even tried my hands at poetry. It made sense for me to study linguistics, as well as Swedish, before turning my hobby into a profession by starting my own translation service. I have lived in Sweden and the United Kingdom, and currently reside in the Netherlands."