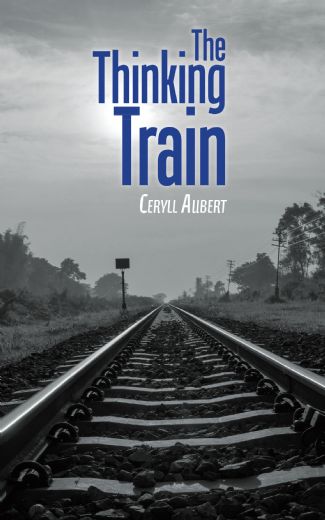 Tom Collins is a retired secondary school teacher who has just come back from his father’s funeral. We find him on a train where he meets an old student, Frankie Cobbers, a school drop-out who has his own reasons for being there. They haven’t seen each other for nearly ten years. While speeding through the landscape of England they exchange stories about the changes in their lives. What happened all those years ago and why are they on the exact same moment on the same train towards London? Meanwhile, Lizzie, the conductress, has her own troubling past which comes back to haunt her.

We enter the train on platform three. Frankie seems a bit nervous but I can’t tell why. I find a vacant spot next to the window near the end of the cabin but Frankie wants to walk further and sit in the second cabin. I tell him that he mustn’t be picky. This seat will do. There’s nothing wrong with it. He agrees, while growling some deep voiced notes.
"You can choose where you would like to sit", I said.
"I don’t care", he replies as he sits himself down on the first bench in the last cubicle.
I sit down opposite him. However, before I do I place my box of memorabilia up on the luggage rack. Frankie, however, wants to keep his suitcase close by and refuses to place it there. From my seated position I can now see every passenger enter the train. We weren’t the first to come aboard. An older woman, roughly 10 to 15 years older than me was already sitting in the front. She is just unpacking her stitching kit. A few minutes after we sat down two scrawny teenagers walk in. They are behaving quite oddly. It’s like they’re half asleep. They almost have to hold onto every bench in order not to fall over. Almost a second after the kids take a seat I notice two police officers enter the cabin.
"I wonder why the police are entering the train?"

Ceryll Aubert was born in Roermond in 1993. From a young age he was always very creative. Besides music, writing stories is his big passion. During secondary school he started to write these stories down. The idea for one of these stories came to him while he himself was travelling by train on his way to traineeship. This story is The Thinking Train.