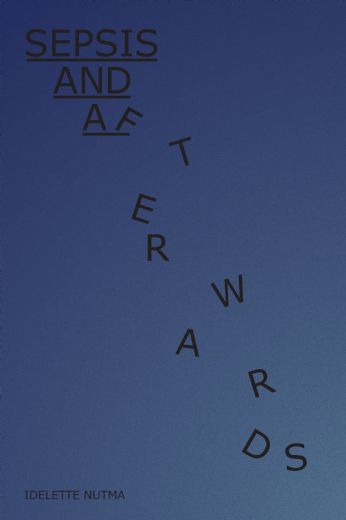 Sepsis is a life threatening illness, resulting in ICU admission for many people. Even without ICU admission recovery can be a long term process for whom it may concern. This book wants to spare them the lonely quest for explanations and guidance. Sepsis and afterwards combines important information and stories from personal experience with the latest developments and insights. Physical and mental aspects are highlighted, together with practical tips that can really make a difference. Sepsis and afterwards provides former patients and their relatives with a clear lead, and offers eye openers to professionals. A helpful guide, during hospital admission and after discharge.

"After a pretty stable night, a new day is dawning (a special one as it
turned out). Again, the doctors are pleasantly surprised when they
are comparing last night’s levels and surveys. Consultation with
the specialist shows a slightly positive impression of the situation,
and spontaneous breathing will be stimulated, with a little help from
the ventilator though, but still ...
Then, at five, there’s a sudden change: fever, the heart’s pounding and
the blood is circulating four times faster than normal.
Blood levels cannot be monitored any longer: acute instability.
Blood pressure is collapsing, thus ending today’s fairy tale. The
increasing heartbeat is making you shiver and the blood pressure is
rising from 185/40 to 190/50: exciting and frightening at the same time.
An x-ray of the lungs is being made, because of profuse coughing. We
are terrified and actually defeated, for things were going so well?
What everyone feared is actually happening. Unbelievable!
The nurses are doing their utmost, and are trying to help you with all
of their might, taking everything to the limit to stabilise you.
Just another bacteria probably causing this downfall, so again a high
dose of antibiotics is being administered.
Such a pity! Something so fragile and beautiful is abruptly swept away.
Everything is plugged in again and sedatives and morphine dosages
are increased.
...
And then there’s nothing else to do but wait and pray.
By now it’s 23:00 hrs, and the priest has arrived. He has been notified
that your situation is rapidly deteriorating. He’s praying with us,
mustering courage and strength. Finally, late at night, the fever very
slowly goes back to normal.
Together we’re sharing hope and fear.
Fortunately, the stable condition returns, which was out of the question
a few hours earlier. The blood pressure has dropped to normal and
your pulse is getting better. Only the fever remains."

Having suffered from a septic shock herself, Idelette Nutma, former nurse, has devoted her energies to improving aftercare and raising the alarm on sepsis. In 2012 she published the book Septische shock (Septic shock) and released the website www.sepsis-en-daarna.nl. Apart from giving information and guidance, as seen from the patient’s perspective, Idelette Nutma gives lectures and hosts workshops. Furthermore, she is co-founder of the Dutch website www.opeenicliggen.nl and key member of the Family and patient Centered Intensive Care foundation.