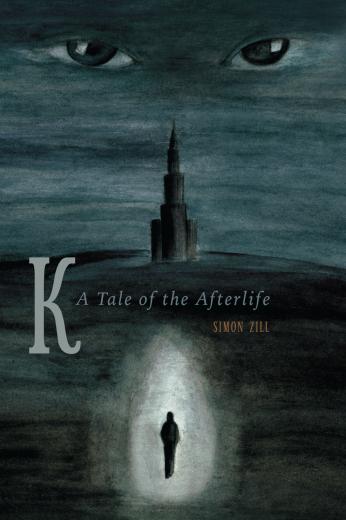 K. - A Tale of the Afterlife

James Wenner has had enough of life. So, he kills himself. So far so good. The only problem is, he doesn't die. He wakes up in a different place. A painful place, filled with mist and dark alleyways. They lead to moments of his past, to dead people, to doomed love affairs and endless mysteries. The one that lingers the most, is defined by a single letter. “K”. What does it mean? Is it a cure, or a disease? A key, or a prison? The only way to find out, is to tumble down the rabbit hole...

He looked up at the sky. It seemed burned, like someone tried to scorch it but gave up after a few tries. The clouds were a dark kind of grey, flirting with black. The more he looked at them, the darker they seemed to get. They looked like they were ready for a storm, but there was no thunder, and no lightning. They were eerily calm, lying dormant, prepared to strike. With what, James couldn’t say. What is this place? What’s the other one? Not heaven or hell, but... Purgatory. Am I in purgatory? I guess it’s supposed to be boring like this. You sit and you wait for the hammer to come down. Or maybe it doesn’t come down at all. For the first time in his life, if this could still be considered ‘life’, James wished he had flipped through the bible once or twice. Or any of the books that might have helped him out at this particular juncture. I might as well stop, he thought. What’s the point? I can’t walk forever.
As he sat down, he glanced upwards and saw something that made him jump back up. There was an owl, perched on one of the branches. It was staring at him, and had been doing so for quite a while. It didn’t move a muscle, it didn’t blink its big brown eyes. It just sat, and stared. Very carefully, like he was getting ready to disarm a bomb, he walked up to the tree and whistled. He got no reaction from the bird, it didn’t move an inch.
James and the owl were now engaged in the strangest eye contact known to man and animal. He looked closely at its eyes and wondered if this thing would ever blink. As soon as this thought crossed his mind, the eyes moved upwards. It looked like the owl wanted to roll his eyes into the back of his skull, but couldn’t quite make it.

Simon Zill is a Belgian writer and filmmaker with American roots. This is his first novel. Originally conceived as a feature-length film, "K" evolved into a literary work. Why? Because a film of this scale would be a pain in the ass to finance, because a novel is infinitely more freeing to write, and because it's simply so much more fun. He is currently working on a new project, entitled “Souvenir”.