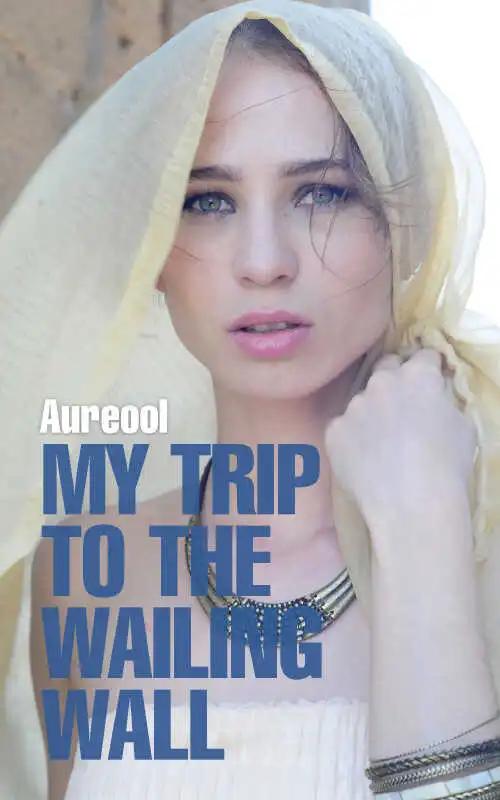 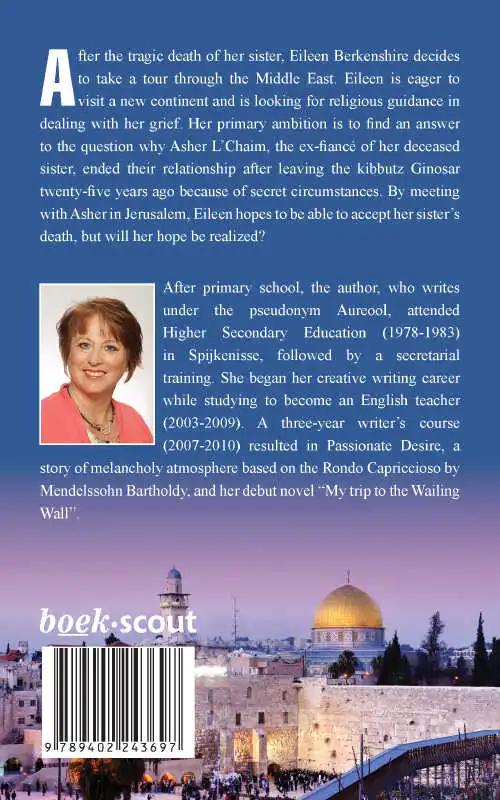 My trip to the Wailing Wall

After the tragic death of her sister, Eileen Berkenshire decides to take a tour through the Middle East. Eileen is eager to visit a new continent and is looking for religious guidance in dealing with her grief. Her primary ambition is to find an answer to the question why Asher L’Chaim, the ex-fiancé of her deceased sister, ended their relationship after leaving the kibbutz Ginosar twenty-five years ago because of secret circumstances. By meeting with Asher in Jerusalem, Eileen hopes to be able to accept her sister’s death, but will her hope be realized?

The tank stopped and they got out in an area with many trees. They walked hunched over between two soldiers on a dirty road while getting back cover. After ten minutes they approached the wall of the city and they entered the center.
"This must be the Jerusalem gate", she said to Jaap. They walked through it. On a street sign she read Ein Jakov Street. Gloomily dressed people, men in black jackets with white shirts and women in dark dresses were walking in the street. There was a typical atmosphere of reticence, akin to the feeling of some religious places in the Netherlands.
Jaap stabbed her and pointed to a sign. "You are requested to dress modestly." She looked at her army uniform and shoes and laughed. She pushed the helmet a bit firmer on her head. They would probably not see she was a woman.
They came to a marketplace with some vegetable stalls, but there was little activity. The people preferred to remain indoors. Wherever she looked she saw synagogues and yeshivas, Talmud and Torah schools, housed in shabby buildings.
They crossed the square and they passed Hachnasat Orhim, a hostel for Jewish travelers. They continued the route between the two soldiers over a wide cobbled road. They approached a gate again which, according to the map, was the Arabian or the Mohammed gate. They went through this gate and finally arrived at Mea Shearim Street, where Asher’s parents lived.
They entered a dilapidated barn opposite the house. A camel was grazing on the enclosed piece of land. The soldiers observed the house through a window.
"The coast is clear", said one of them. They left the barn and crossed the street. When she walked to the door, she felt her heart leap to her throat and could barely swallow. She knocked, but the door was not opened, and she took Jaap’s arm desperately. She knocked for the second time and felt her heart stumble. Was Asher still alive? 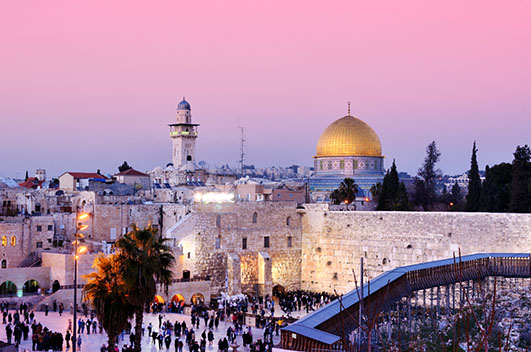 After primary school, the author, who writes under the pseudonym Aureool, attended Higher Secondary Education (1978-1983) in Spijkenisse, followed by a secretarial training. She began her creative writing career while studying to become an English teacher (2003-2009). A three-year writer’s course (2007-2010) resulted in Passionate Desire, a story of melancholy atmosphere based on the Rondo Capriccioso by Mendelssohn Bartholdy, and her debut novel "My trip to the Wailing Wall".