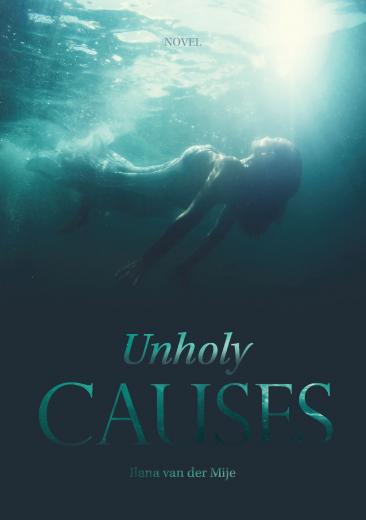 Chess Westfield has a good life. She has two amazing best friends, her mom is the mayor and she’s absolutely, irresponsibly in love with high school bad boy Keith Summers. But when a near-death experience causes her to meet the angel Gabriel, everything changes. Suddenly, Keith is actually showing an interest in her, she is blacking out at the most inopportune moments, and she’s becoming someone she wasn’t before: someone darker.

"The water’s nice," she said, which was a lie.
The water was cold, and she wasn’t nearly drunk enough not to feel it. In fact, there were goosebumps on her arms and she was shivering a little, but tried not to let it show.
It was only spring. It still got cold at night, and now that the sky was dark the air was rapidly cooling. Chess already knew that she wouldn’t feel warm again until she went to bed tonight.
"Liar," Keith called her out, putting his hands on her hips and splaying his fingers.
Nobody had ever been so presumptuous with her before. No boy had ever touched her like this. Had it been anyone else, Chess would have swatted at his hands and told him to keep his hands to himself.
But this was Keith Summers, so she said nothing. His touch felt kind of nice, anyway. His hands were warm.
And then someone screamed.

Ilana van der Mije is a disaster-human living somewhere on the face of the earth. She has always loved reading and writing, posting mostly on websites such as archiveofourown, wattpad, and tumblr. She writes supernatural romances and mysteries.